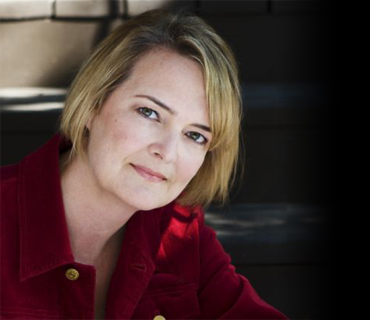 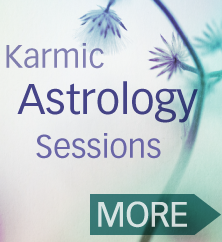 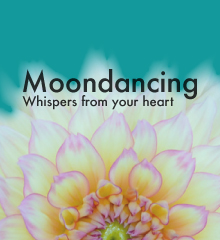 An uncommon ascension definition for truth-seekers

“Conventional opinion is the ruin of our souls.”
– Rumi

If you're looking for an ascension definition in the strict Christian sense, this article may only make you angry and frustrated.

However, if you're a truth-seeker, curious about the mysteries of life or you're already dedicated to raising your consciousness: I've written this article for you.

I began to get curious about ascension while investigating the truth about 2012 and the Mayan Calendar. I've done quite a bit of research and have gone down some rabbit holes along the way. But there are a few ideas that (for me) rose to the top.

So here are my thoughts, written simply. But which may contain some new nuggets for seasoned seekers too!

As always, continue to investigate the definition of ascension yourself follow your intuition.

My ascension definition findings for truth-seekers

The most common ascension definition refers to Christianity where Jesus Christ ascended to heaven after he resurrected. However, in my humble opinion, Christianity got the interpretation wrong.

Many in the new age movement also debate about ascension. Here, ascension is sometimes described as a lightning-bolt type event where those who hold higher vibrations shift into a higher dimension and a golden age.

Some refer to this shift as going from 3D to 4D, and others 3D to 5D, skipping 4D altogether, because we've been held down by malevolent ETs. This distinction has been debated in the truth-seeking community, especially as it related to December 21, 2012. Personally, I don't believe that we skip into 5D - but that's another article.

The ascension definition that feels most right to me explains that ascension is not a miracle event that happened to only to one soul (Jesus) more than two thousand years ago. Instead, we're all here to evolve our consciousness through spiritual awakening and growth.

In other words, sscension is not one mega spiritual event where a number of souls are instantly harvested into the fourth or fifth dimension.

A funny aside. Recently, I heard a YouTube interview with the supremely grounded UFO researcher Richard Dolan. He was exasperated with the new age community. He compared the people discussing instant ascension to a mass suicide wish! I have to admit: I laughed out loud.

And, here's what I have also come to believe...

What if Jesus did not want us to worship him?

To be honest, I never went to church because my parents didn't want to "force" religion down our throats, so I've never resonated with any religion. I also have never had a desire to study Jesus.

Having said that, I could possibly buy that Jesus existed historically and been an advanced soul who had a desire to bring love to Earth.

Now having said that... since ascension is all tangled up with Christianity. What if Jesus knew about the immortal soul and that we're here to grow and tried to put it into words?

What if he was trying to teach us about our relationship to a powerful, universal source field that we're part of? What if he didn't want us to worship him, the man, but to recognize our own divinity and inner power?

What if ascension is simply... spiritual growth

The most plausible ascension definition I found refers to a gradual and natural energetic process, leading us back to source. In essence, we're re-connecting to our true selves by drawing down the higher dimensions into our lives and bodies. We do this when we're spiritually awakening, and seeking truth.

And that this is the time in history where we face a fork in the road. A possibility to make a great (collective) leap in understanding.

I do believe we're here to grow, and learn more about ourselves and the true nature of reality. But as to whether we can actually quantify the growth into some sort of vibrational, hierarchal structure like 3D 4D or 5D - I'm not so sure.

If some of these ideas resonate with you, please don't stop here. Continue to research. It's taken me years to feel comfortable enough to write about this topic.

As you investigate, do not see one person as holding the entire truth. See the puzzle pieces, and then check in with yourself.

U.K.'s Simon Parkes is very articulate and while I don't follow him to the exclusion of others, he's worth checking out. I like him because he sees the big picture, from politics and economics to inter-dimensional entities to ascension. There's lots on YouTube to explore too.

The person that started me on this investigation was David Wilcock at Divine Cosmos. David is great at taking many points of science and history, and communicating simply. Now, he tends to lean toward mass, instant ascension which doesn't resonate with me. And I don't agree with everything he promotes. But again, treat every piece of information as a piece of the puzzle and discern for yourself. There are many interviews of him online. Search his name and ascension and a ton will come up.

And then... continue seeking.

What does ascension mean (bottom line)?

Here's the bottom-line of my ascension definition.

Ascension is a drawing down of the talents and knowledge of our reality and our higher selves, containing enhanced abilities such as intuition, and solutions to world problems we face. We can't necessarily quantify this process, we can just be open to it.

Our ascension, or spiritual growth, is this process of re-connection with our consciousness or higher selves. It's about claiming our power, rather than givign it away.

In this ascension definition, this re-connection isn’t just for specially anointed souls: it’s accessible to us all. But! We have to want it. It’s also not simple or instant. But I resonate with the idea that the soul Jesus, if he existed, was an advanced soul who came to earth to teach this truth – until he was silenced and his teachings were twisted.

Something you may want to explore...

Become curious about the nature of reality, free of dogma. Here's a good video by kick-ass researcher Mark Passio Jesus was an Anarchist.

Mark is quite blunt... but I kinda like that. He's a passionate researcher, pulling together masses of information. He gets you thinking. His site is called What on Earth is Happening. Mark believes in freedom and the evolution of consciousness, but I've never heard him refer to ascension. When he mentions Natural Law, he's referring to karmic law. Food for thought.

So how can you ascend?

Yes (in time), everyone can experience enlightenment and ascension and re-connect with who they really are. But there is no short cut.

The easiest way to start is to simply: be kind. Live with an open, curious heart. Speak your truth. Seek truth. Think for yourself. Meet and respond to life with as much love as possible. Don't make anyone your guru.

This ascension definition is known by many spiritual seekers. Yet, there’s a reason why teachers don’t try to influence the masses. You see, the process of enlightenment and ascension cannot be taught or done for you (though others may act as catalysts for you, or provide inspiration).

Using this ascension definition, you must sincerely seek enlightenment for yourself. You must choose the ascension path (or raise your vibration, or draw down your DNA, call it what you will), using your own free will.

There's no scientific way to "measure" exactly where we are in the process. All we can do is choose to be conscious in each moment and adopt the qualities that are closer to love. Forgiveness over blame. Honouring another's free will, even if it's hard. And saying no to the part of life that you don't want.

I believe that part of becoming enlightened is letting go for the need for the absolute truth and be comfortable with paradox. The truth is, no one really knows and no one can prove any ascension definition. So always go back to your heart.

Everyone's different, and a true confession

And now: a confession. Personally, I don’t like the word ascension. But I've written this article because so many use the word ascension when searching online. I prefer expansion, soul growth or re-connection. For this most simply - is what we’re all here for.

Cool thing: the word you use or don't use doesn't matter. The energy behind it does.

I hope my ascension definition inspires you to seek!

What does ascension mean to you – Here I get into more detail about the meaning of ascension, additional resources and how you can avoid getting scammed.